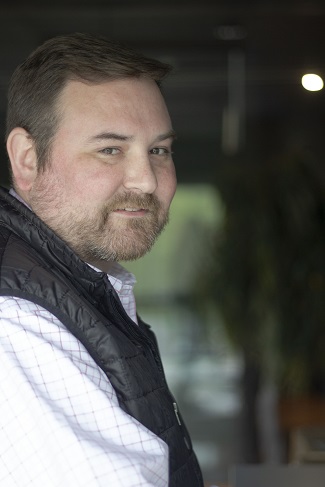 Hometown?
Newburyport, MA
What was your first memory of using computers?
One of my earliest memories using computer is when I was 8 years old. My dad brought me to work at his IT consulting firm, and I helped him load server software all day, popping each 5 1/4“ floppy disk in and entering the task command to run the installations. The reward for my hard work? Pizza and candy bars.
When you’re not found in front of a computer you are…
Spending time at home with my wife and daughter, cooking a great meal, while watching a New England sports team. Can’t think of many better things to do!
What was the last great book you read?
I like to read cookbooks, because they tell a story of the meal and its origins. The one I have been cooking from the most recently is “Sous Vide at Home” by Lisa Q Fetterman. The favorite so far has been the Chicken Tikka Masala.
What is a silly or interesting event that you’ve participated in previously, and what did you take away from the experience?
When I met my (now) wife, she was training for a marathon, and she got me to start running with her. It was time spent together and eventually we signed up to run a half marathon together in DC (her father ran the full marathon). It was great to spend the time training and eventually running the national mall together!
What would you do if you had an extra 5 hours every week?
With an extra 5 hours a week I would spend more time with my family relaxing. As with many families, though, usually “relaxing” is a hard thing to master, so we would settle for being just together, even if it looks like us running around getting different tasks done.
If you could go anywhere for an entire month, where would it be and what would you do (or why would you do it)?
I would go to Vancouver. My wife and I love the Pacific North West. We went on our honeymoon there, and that, as well as our other trips there afterwards have always been great! There is always the smell of the ocean, the fresh air of the trees, and a laid-back atmosphere we really enjoy. With a month, we could make our home base in Vancouver (our favorite) but bounce to some of the other places that are just drives away, like Whistler and Seattle.
What are you most frequently heard listening to?
I’m a fan of music from all over the spectrum but would probably be most often caught listening to Lithium XM Radio (Alt/Grunge), or Sports Talk Radio at any point.
Favorite sports teams?
The Bruins. By far.