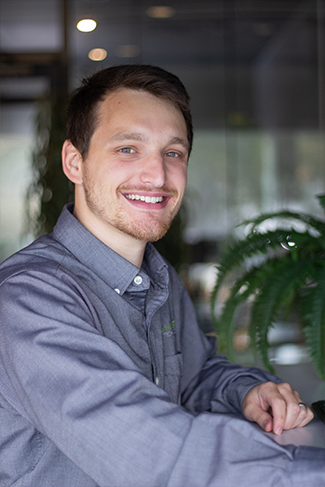 Hometown
Allenstown, NH
What is your role at Mainstay?
As a systems administrator, my role is to work closely with each client to become an expert on their infrastructure and business needs in order to improve system health, reliability, security, and efficiency. As the expert of each client I oversee, I use that knowledge to work with the rest of the Mainstay team to ensure they have all the information they needs to quickly and effectively resolve any future issues that come up.
What are your technology specialties?
My technically specialties include networking, Microsoft servers and operating systems, and some virtualization technologies such as VMware ESXi and Hyper-V.
What was your first memory of using computers?
My first experience with computers (that I remember) was using an ancient Mac computer that my mom had when I was young, probably 5 or 6 years old. I would play an old Mario game that I can barely remember now. I used to think the rainbow apple logo on it was really neat and used to draw them while waiting for the computer to boot up.
When you’re not found in front of a computer you are…
If I’m not in front of a computer, you can find me behind a drum set, skating down the street on my longboard, snowboarding down a mountain, playing soccer, walking or running with my dog, or spending time with family and friends.
What was the last great book you read?
The last great book I read was “Jonnie Got His Gun”, by Dalton Trumbo. The book is about a young soldier who awakens in a hospital bed after being caught in the blast of an exploding artillery shell. He gradually realized that he has lost his arms, legs, and all of his face (including his eyes, ears, teeth and tongue), but that his mind functions perfectly, leaving him a prisoner in his own body. The way in which the story is told is extremely different, because it all takes place in the soldier’s mind. It takes a lot of “reading in-between the lines” to understand what’s going on a lot of the time, but is very mentally engaging. The book provides an interesting reading experience as well as a powerful message about war, government, and how precious our time on Earth really is.
What is something unique about you?
I have come to really enjoy backpacking. During the summer of 2015, I took a three week vacation out to California and road-tripped all the way from Santa Barbara to the Redwood National and State Parks. The trip was so fun and freeing that it’s inspired me to try and backpack in as many locations as I can until my body can’t hike anymore.
If you could go anywhere for an entire month, where would it be and why would you go there?
I would go on a road trip throughout Europe and experience as many different countries and cultures as possible. I’d visit Big Ben in London, the Eiffel Tower in Paris, any national parks, etc.
What are you most frequently heard listening to?
Punk rock or metal. I like a lot of everything, but most of the time, that’s what I’ll be listening to (anything with awesome drumming). The band I probably listen to the most is Sum 41. They’ve been my favorite band since I was in the 4th grade!
What is your favorite sports team?
You know, the four typical New England ones! Red Sox, Patriots, Bruins, and Celtics
What is one thing you love about your career?
Ironically, the thing I love about choosing a career in IT is the same thing that causes it to be so cumbersome at times, and that is that it’s constantly evolving. I don’t think there’s ever been a day where I’ve been bored on the job, and there will never be a day where I can 100% say I know everything. I will always be learning new and exciting things!
What is one thing that everyone should know about Mainstay?
Mainstay Technologies is more than just a company, it’s a community of inspiring and motivated individuals who are all reaching for the same goal. We all genuinely care for all of our clients and do our best to give them everything they need, as well as maintaining a close relationship.