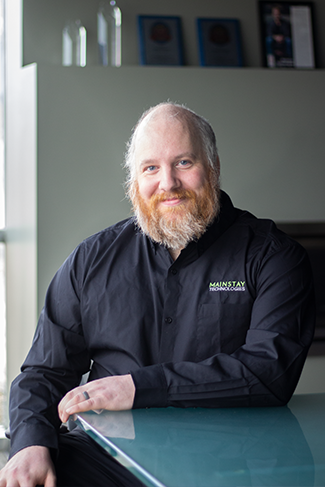 What was your first memory of using computers?

My earliest memories of using a computer are way back when I was in 1st Grade back in the early 90’s. Huge bulky screens that sat on top of massive bricks of metal. I remember using it for educational purposes and playing games like Reader Rabbit

When you’re not found in front of a computer you are…?

Usually Reading something Sci-Fi or Fantasy. When the weather is nice, I enjoy hiking with my Dachshund/Yorkie mix and my wife.

What was the last great book you read?

“In A Sunburnt Country” by Bill Bryson. An American’s journey through Australia, where he learns all about the country’s history and quirks.

What is something unique about you?

I only have 1 hitchhiker’s thumb, (My right thumb).

What is a silly or interesting event that you’ve participated in previously, and what did you take away from the experience?

What would you do if you had an extra 5 hours every week?

Study for my next certification and spend more time with the wife and dog.

If you could go anywhere for an entire month, where would it be & what would you do (or why would you do it)?

Even though I’ve been twice already, I would go to New Zealand. I would spend the first 15 days on the North Island and just spend time going to all the historic and culturally significant areas there. Then I would spend the second 15 days on the South Island, where I would do the same, but spend the most time in the Fjordland National Park, Mt. Cook National Park and of course I’d visit as many Lord of the Rings filming locations…again!

What are you most frequently heard listening to?

I’m very eclectic in my music tastes and will listen to most anything. The genres that I consistently go back to are anything 80’s and anything Celtic.

My favorite team is one that is not based in the United States, During my travels, I fell in love  with Rugby, and I was fortunate enough to watch a match. It was during this match that I discovered the New Zealand All Blacks, and I’ve been a major fan ever since!