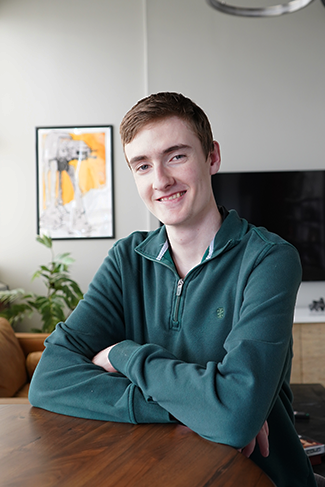 What skills or accomplishments have you attained, that set you apart?

I have always taken great interest in computer hardware and peripherals, new and especially old. My skills include hardware assembly, repair and troubleshooting. I have received my CompTIA A+ certification, which is the first of many I hope to achieve.

What was your first memory of using computers?

When you’re not found in front of a computer you are…?

I enjoy hiking, watching films, or spending time with my friends playing airsoft.

What was the last great book you read?

The last book I read that I was deeply invested in was Jurassic Park.

What is something unique about you?

I am deeply intrigued by vintage or antique items such as hardware, tools, and peripherals. I even own some vintage items, including a Commodore 64 I restored.

What would you do if you had an extra 5 hours every week?

If you could go anywhere for an entire month, where would you go?

I would travel to Israel as it is the friendliest Middle Eastern country to the United States. I am incredibly fascinated by their history and culture. Many Middle Eastern cultures remain similar to what their ancestor’s experienced, making visiting all the more interesting.

What are you most frequently heard listening to?

I listen to a wide range of musical genres, from rock to classical and even film and game soundtracks.